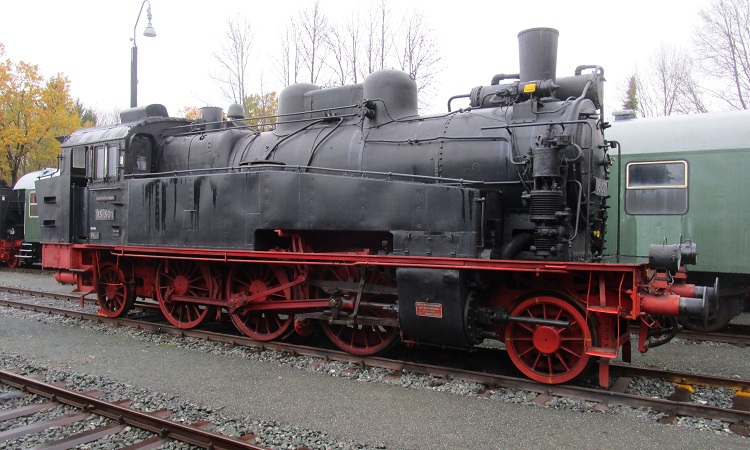 Dear customers and visitors of our homepage


Due to problems with the procurement of documents for the DRG E 90.5, we would like to present you our alternative model. We have decided to use the saxon XIV HT, the later BR 75.5, as a follow-up model to the E 95.
The history of the original:
The XIV HT was developed as the successor locomotive to the IV T. In order to use an efficient boiler, the locomotive had to have five axles. Running axles were indispensable for good running characteristics in reversing train applications. In order to design an economical engine, a boiler with superheater, i.e. a superheated steam locomotive, was used. The first locomotive of this successful design was delivered in May 1911 by Sächsische Maschinenfabrik AG in Chemitz. Several construction lots followed in the following years, which resulted in a total number of 106 XIV HT units. The last locomotives were in service at DR until the 1970s.
The model will run through a radius of 1 meter.
Explanation:
Cookies make it easier for us to provide you with our services. With the usage of our services you permit us to use cookies.
More information Ok