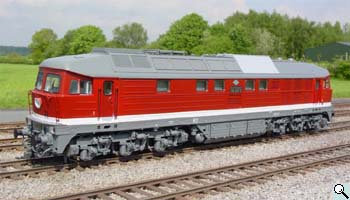 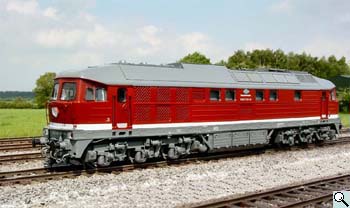 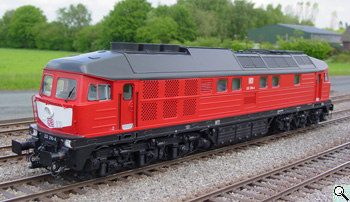 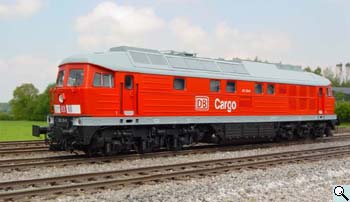 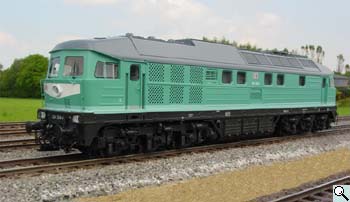 This Diesel engine machine was delivered from 1973 by the Russian Locomotive factory Kolmna at Lugansk to Deutsche Reichsbahn. More than 700 locos of this type were built up to 1982.

The impulse was Diesel electric and made 300 HP. To make possible a practical service in touring railway the 232 were equipped with an electric train heating.

After the turning point 1989 the efficient machines quickly find operation areas in the West of Germany under the name of Deutsche Reichsbahn.

We built the BR 232 in the version of Reichsbahn as shown on the first picture. Additional the version with round ventilator from serial number 232 540.

Painted in oriental red (as picture three) or in a little brighter traffic red with DB-Cargo lettering. Additional we built the
V 232-SP-40 from the company Spitzke logistics and the turquoise DB V 234-304.

All models with lattice shield above the electric piece gets powered ventilator wheels.