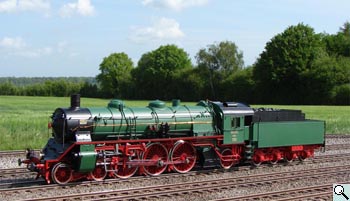 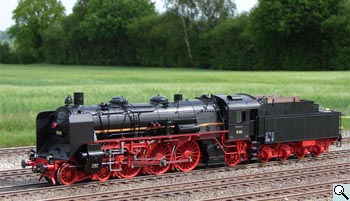 In 1917 the Saxon XVIII was placed into service.

At first Hartmann should made the Bavarian S3/6 under license, this plan smashed and so a new locomotive was constructed: the Saxon XVIII, it had a three-cylinder superheated engine.

After 1945 all ten locomotives stay at “Reichsbahn Ost” (state railway east) and made its service under as BR 18.0 predominant at Saxon rapid train. As of 1963 the locomotives were withdrawed from circulation one after another.